On the night of December 6th, Los Angeles hosted the fifth annual award ceremony of The Game Awards 2018. Among dozens of nominations, a separate category was dedicated to esports.

Winners were determined by secret voting of the jury (90% of the assessment) and voting of the viewers (10%) in social networks, Discord and on the website. This time around, fans could even vote via their Alexa device. The esports jury was made up of representatives from 17 leading publications covering video game competitions. Among them are ESPN, DotEsports, GosuGamers and even Forbes.

They did not win the World Cup, as OG did in Dota 2. They did not earn many titles, like Astralis in CS: GO. They did not even make it to the final of the 2018 World Championship, unlike Fnatic. But they were still called the best esports team of the year. In addition, their mentor received a statuette in the nomination “Best Coach of the Year.”

For the American League of Legends scene, their story is just a fairy tale. In the fifth week of the summer split, the team ranked 10th in the LCS. After several substitutions, they managed to break through to the second line of the standings and reach the playoffs. After losing the regular season finale, Cloud9 defeated TSM in the regional qualification finals and reached the world championship. 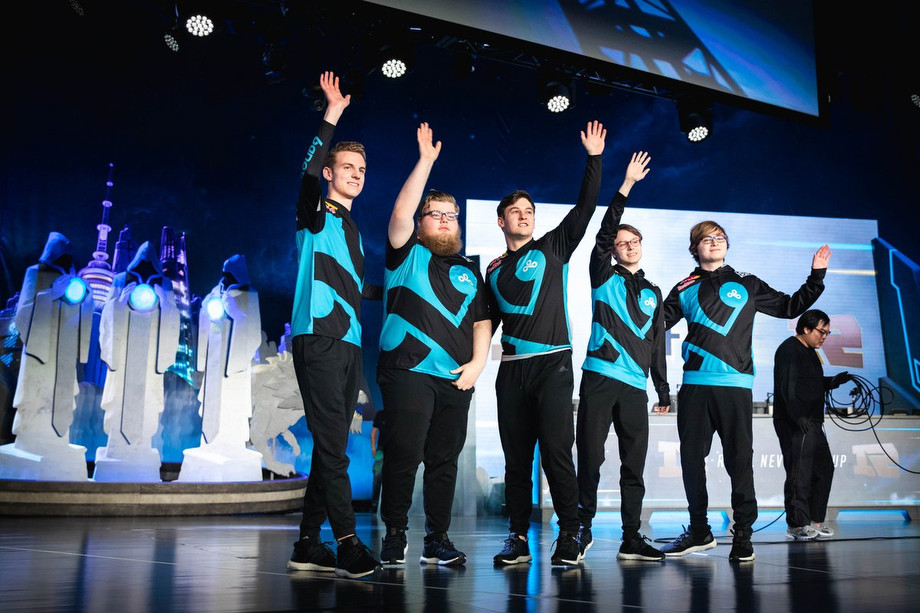 In South Korea, they landed among teams, which they called the “group of death.” The audience waited for failure, and the Americans were able to break through to the second round, where in a tough match against Gambit they won with a score of 3: 2. They made history later, when they got into the semifinals of the World Cup. Prior to this, the American team submitted a similar result only once – in 2011.

However, maybe what earned the favor of the jury and the fans wasn’t the the story of Cloud9, but cosplay from Sneaky instead?

It seems that League of Legends takes awards in this category almost every year. The biggest stadiums, the most ambitious show and the biggest numbers of views.

According to Newzoo, in 2018, viewers watched 81.1 million hours of content from the World Championship on Twitch and Youtube. And the peak number of spectators of the tournament was almost 2 million people, and that’s excluding Chinese platforms. LoL even managed to step over the 1.1 million viewers on Twitch at the same time.

This year, the League of Legends World Championship was hosted by South Korea. The tournament started from the Play-In stage in Seoul, then moved to the group stage in Busan (the quarter-finals were organized there), the semi-finals were held in Gwangju, and the grand final was held in Incheon at Munhak stadium.

The audience occupied half of the arena with a capacity of almost 50 thousand people and watched the show with The Glitch Mob, Mako, The Word Alive and Bobby from iKON and the virtual group K / DA. By the way, the latest clip has already exceeded 100 million views on YouTube.

A little more glory to American esports. This is not an incredible breakthrough of OG for The International and is not the exchange of Nexus in the KT vs. IG match. Cloud9 managed to snatch a victory in the Major of CS: GO in the second overtime of the third final map.

And this is after losing the first Mirage card, which was their pick.

On Inferno, the first half ended with a score of 8:7 in favor of FaZe. Then rivals managed to bring the game to 15:11, but Cloud9 at the last moment equalized the score. Then the Americans held out the first overtime and only on the second try were able to snatch the final victory.

Well, time to listen to another bite of grumble on the insolvency and unpopularity of the Overwatch League. However, the jury and organizations that invest millions in the purchase of slots, franchise league obviously liked.

Yes, the viewing figures were hardly impressive for those who are already accustomed to the millions on Dota 2, LoL and CS:GO broadcasts. At its peak, OWL gathered at the monitors a little less than 350 thousand spectators excluding the Chinese audience. According to Newzoo, YouTube and Twitch viewers watched a little over 5 million hours of content, which is incomparable with other disciplines.

But the genuine interest of large investors and a significant expansion of the league in the new season suggest that the Blizzard project was a success at least at this stage.

This guy in a recognizable blue cap and with a tail behind him managed to circumvent Alexander “s1mple” Kostylev and Jian “Uzi” Ziao. He is not so famous outside the fighting game scene, but it is impossible not to admire his achievements there.

Dominic is one of the most versatile players capable of achieving success in almost any game. At EVO, he won in Injustice in 2014, in Mortal Kombat X in 2015 and 2016, and in 2018 became the champion in Dragon Ball FighterZ. And while he managed to participate in competitions and other games of the same genre.

This year, Macklin won the Injustice 2 Pro Series, won first place at the Canada Cup in two disciplines, and at SoCal Regionals 2018 entered the top 3 in three games at once. His main victory this season was the fourth EVO league title, after receiving which he promised to give $10,000 out of his prize to another player, Curtis “Rewind” McCall, whose father has cancer.

But at The Games Awards, Dominic will be remembered not only as the best esports athlete but also as the author of the most impressive speech. Of course, he came out on the stage in his Sonic mask and with a blue tail, sincerely surprised at his victory, thanked all those involved and then openly declared:

“For those who might not know. I’m supergay. I want to say hello to all my LGBTQ friends. I’m gay, black, furry – in fact, everything Republicans hate so much – and the best esports player of the year!”

At the same time, the guy’s sincerity touched the community enough that the ESPN journalist called this speech the best moment of the year in the gaming community.

It should be understood that esports is rather a pleasant addition to the main award of The Games Awards. Some nominations were announced just one after another, and some of the viewers decided that they needed esports only to attract new viewers.

So do not be discouraged if your favorite team or player did not get a statuette. Champion titles in their game are certainly much more important for them.

Behind the Korean success

US Army wants YOU for their esports team