More details for the upcoming season of competitive PLAYERUNKNOWN’S BATTLEGROUNDS is revealed, as the developer announces its plans for 2019 with a Global Championship and All-Stars events to decide the best team in the world.

PUBG Corporation (PUBG Corp.) is today announcing the inaugural season of its global pro competition for PLAYERUNKNOWN’S BATTLEGROUNDS. Nine regions consisting of local professional teams will compete to reach the Global Championship at the end of the season and become the world’s greatest PUBG squad.

Beginning in January, the 2019 season will feature three Phases, with every regional competition beginning and ending within the same windows of time. After Phases 1 and 2, the top teams from each region will compete head-to-head in third-party-hosted global events, followed by a global All-Star Games. At the end of Phase 3, the top-performing teams throughout the season will gather for a Global Championship — the survivors of which will have a shot at a $2 million prize pool and the right to call themselves the best PUBG players in the world. 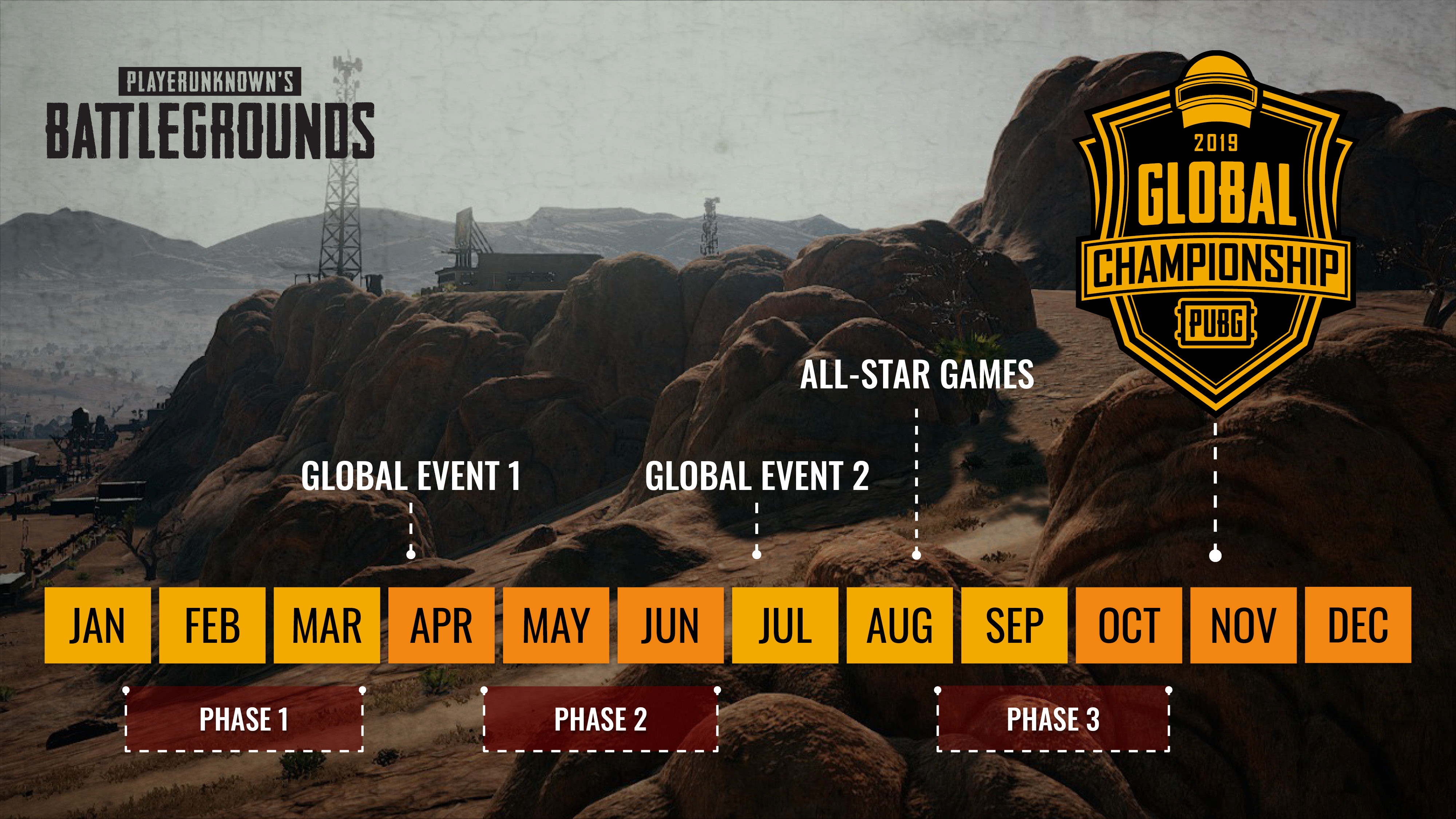 “We’re proud to announce this next step in PUBG Corp.’s plan to cement our place as a global esports platform,” Richard Kwon, Chief Marketing Officer at PUBG Corp. said. “This season, the world’s best PUBG players will have the chance to prove their superiority and strategic might against their global rivals. Now, with an international audience, our most competitive players will be able to showcase their skills, win prizes and conquer the world through PUBG.”

The global push comes on the heels of the announcement of its National PUBG League (NPL) in North America and its PUBG Europe League (PEL), two of the nine regions in the global PUBG season. Information surrounding qualification for the regional teams and other specifics will be released in the coming months.

tmhMM: "We won't be happy with anything less than the first place"